We took a morning flight to Paris from Copenhagen. Dropped our bags at the hotel and went to the nearby Luxembourg gardens to walk around a bit. Since we skipped lunch, we did a Parisian  local no no and went for dinner around 6pm. We were hungry and were talked in to going in a very Parisian restaurant. It was a great choice as we got olives and bread and wine and steak and fries and it was delicious.  Since it was still so early we walked to the Eiffel Tower to see it lit up at night. We got there a few minutes before the 9pm light show and enjoyed the sights as it started raining.

We read all kinds of reviews and opinions on going to the top, that it was crowded and overhyped. I have to disagree, but to reduce the line waiting time we decided to take the stairs up the first two sections. The line to take the stairs only took us around a half hour and the stairs were not crowded at all. Its something like 670 stairs to the second level. We took a break on the first level for photos and catching our breath and then headed on up to the second level. There is another line to take the elevator to the top, but from this line you have views of Paris so the time flew by. The first and second levels were honestly more fun. Once you got to the top it was really crowded and they kept reminding us there were pick pocketers all around.

The views however were amazing… Nothing like going up a tall building/tower. 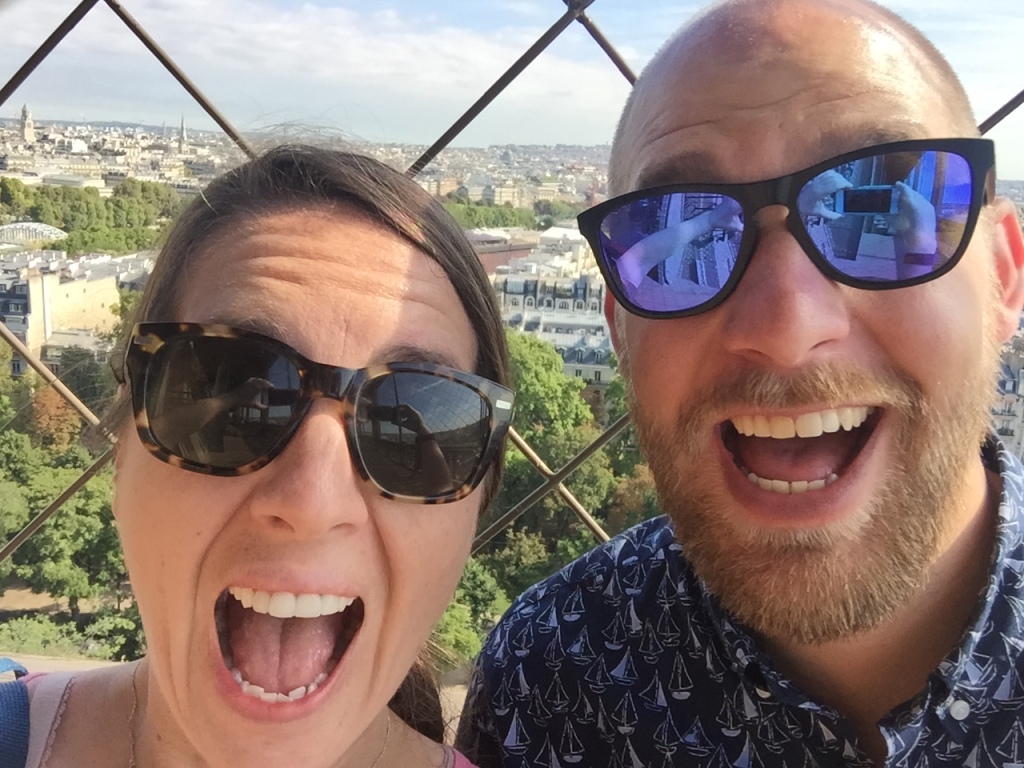 A surprise to us was a snack stand on the first level. We each got a cold beer, split a granola bar and enjoyed the view from the swinging chairs. Just chilling on the Eiffel Tower was a fun way to relax after two lines and 700 stairs (which didn’t hurt at the time, but we definitely felt them in our legs the next day). 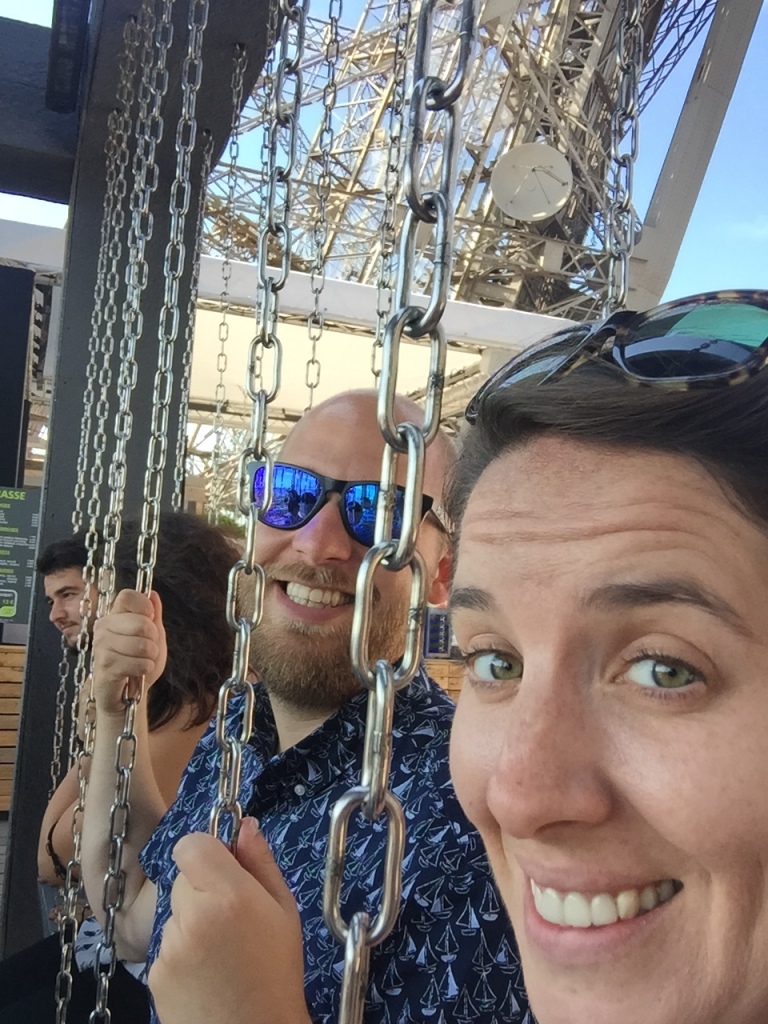